I am getting addicted to curves. They are the perfect beautiful representation which we can numerically compute. I don't want to express more my feelings towards it which may be boring to you.

Coming to the topic, curvature flow is a kind of method to modify the curve.
Take any planar non intersecting curves , find the curvature at each point and multiply with it the normal there, then move the curve along that direction. This is the concept. It is analogs to the heat exchange. Heat will eventually spread uni-formally , no matter how you wrap it.

Using this technique we can smooth the curve from noise. Eventually this curve will become circular and will vanish. it is possible to know the exact point where it will vanish.

I just made a quick demo of this with matlab. See the images below

Original curve.
We can see that some edges are not smooth (think of it like created by noise).These spikes(non-smooth) in edges are not influencing our capability to detect the shape.We humans normally pick up a smooth shape from a contour. Now we want to remove some noise (or say smooth it) using curvature flow. 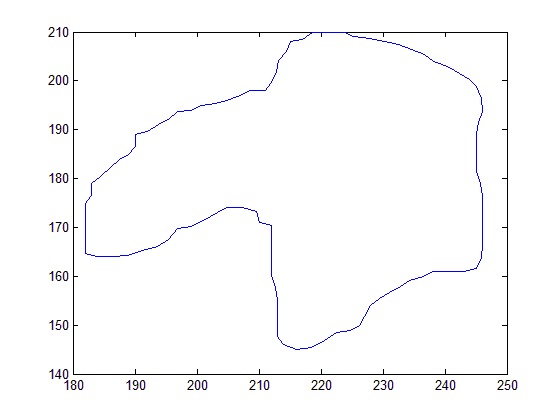 After 10 iteration
See that curve is more smooth now. 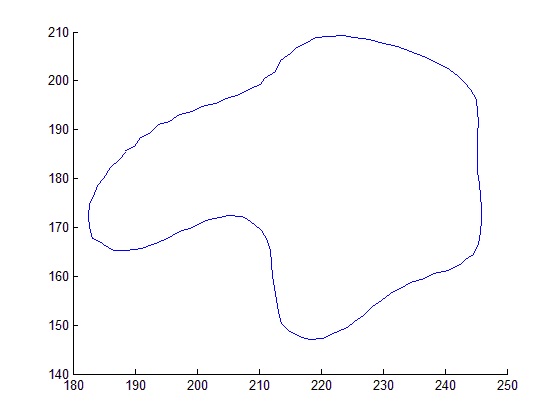 Curve after 50 Iterations
Curve is getting circular. Yeah, it will become circular at one point , because circle is the only one shape with a non-zero uniform curvature. 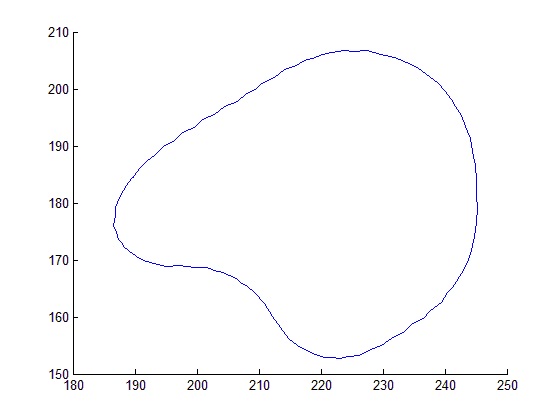 This is type of smoothing is also possible with Gaussian filtering along the curve,but with lesser accuracy. This type of technique can also be extended to 3D, Say you are having an object and you want to add a higher layer of layer/cover to it. Rather than just extending the surface along normal , use curvature flow.Then the surface will be more appealing and natural (I Guess).

Hi
can you please send me Matlab code that do this for you?? or place it somewhere so we have access to it?.
thanks

Hi ,
I have been going through this post and am trying same thing in my code as well , but do to some weird error , I am not getting result anywhere near it , could you help me out with this , if yes .

My email id is karangoel16@yahoo.com