Following screen shots are from my rendering engine. It uses octree and occluion culling to accelerate the rendering process. It took almost 1 month to complete. Still some optimaization works are pending like use SIMD instructions etc. 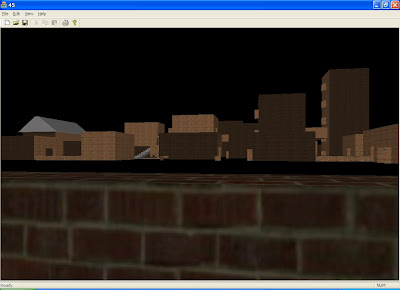 In first image you can see some buildings(of course the building are not realistic, but it doesn't matter )  and the camera is placed near a wall
When we move camera a little downwards , the camera got occluded totaly by that wall . This cause to cull a lot of polygons in the scene. The second image shows that scene (scene is a bit zoomed out to get a clear picture). Also you can see the frame rate in title bar(for the second image it is 360). Frame rate is increased by a great amount. 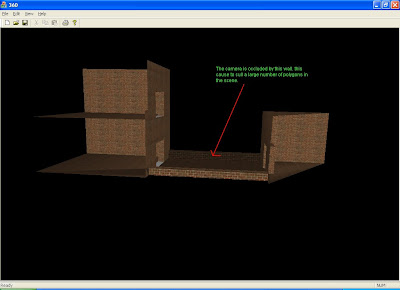 Now I have plan to write a tool for manually selecting occluder polygons for a scene.
Posted by Unknown at Monday, December 01, 2008